Stay on the Page

Solve most of problems on the same page and avoid a new one, because the page refresh and forwarding can lead to change blindness, in addition to disrupting the user's mental flow.

Change Blindness is a surprising perceptual phenomenon that occurs when a change in a visual stimulus is introduced and the observer does not notice it. People's poor ability to detect changes has been argued to reflect fundamental limitations of human attention, from the term of Change blindness, Wikipedia.

Flow, also known as the zone, is the mental state of operation in which a person performing an activity is fully immersed in a feeling of energized focus, full involvement, and enjoyment in the process of the activity, from the term of Flow, Wikipedia 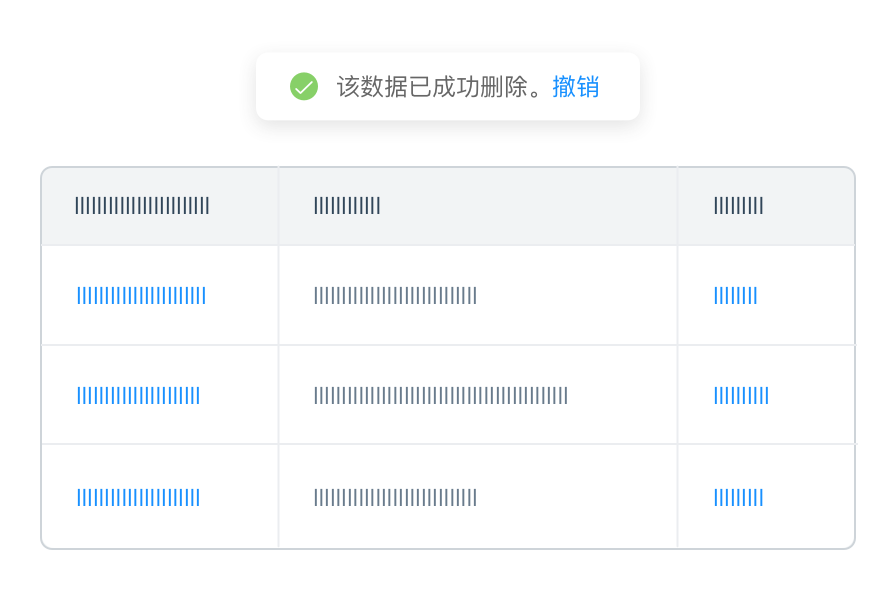 good example
As the user clicks delete, a success message and an undo button are displayed. When the user does nothing within one minute or click the undo button, the message and the button disappear. 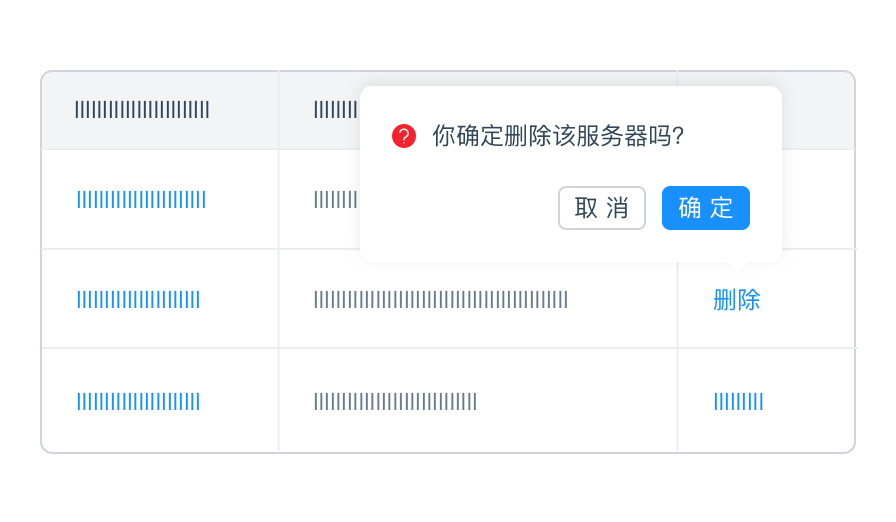 good example (special case)
If the undo operation is invalid, the Popconfirm is displayed after clicking the delete button. The user can stay on the page to double confirm. 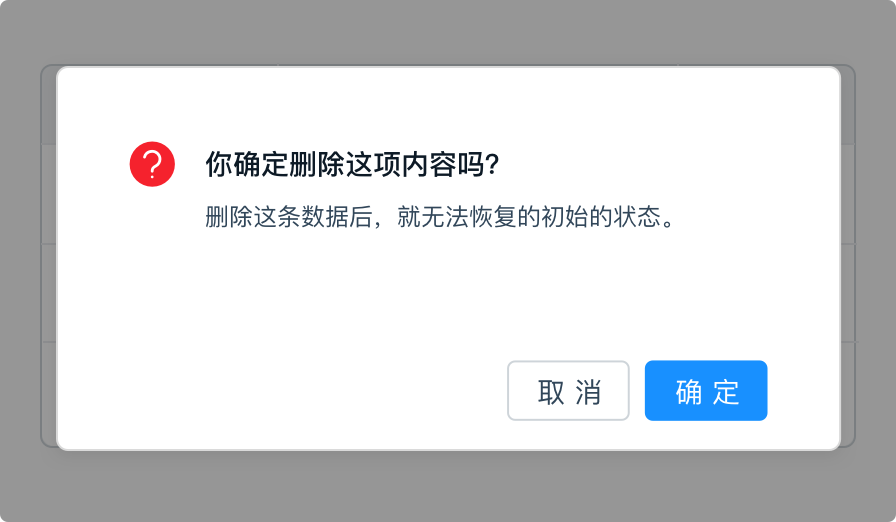 bad example
Abusing the Modal can neither bring the context into the popup, which is prone to interrupt the user's flow, nor allow the user to undo the change.

Double-confirm overlay: Using the Modal to double confirm should be avoided, while affording an opportunity to undo is preferred. 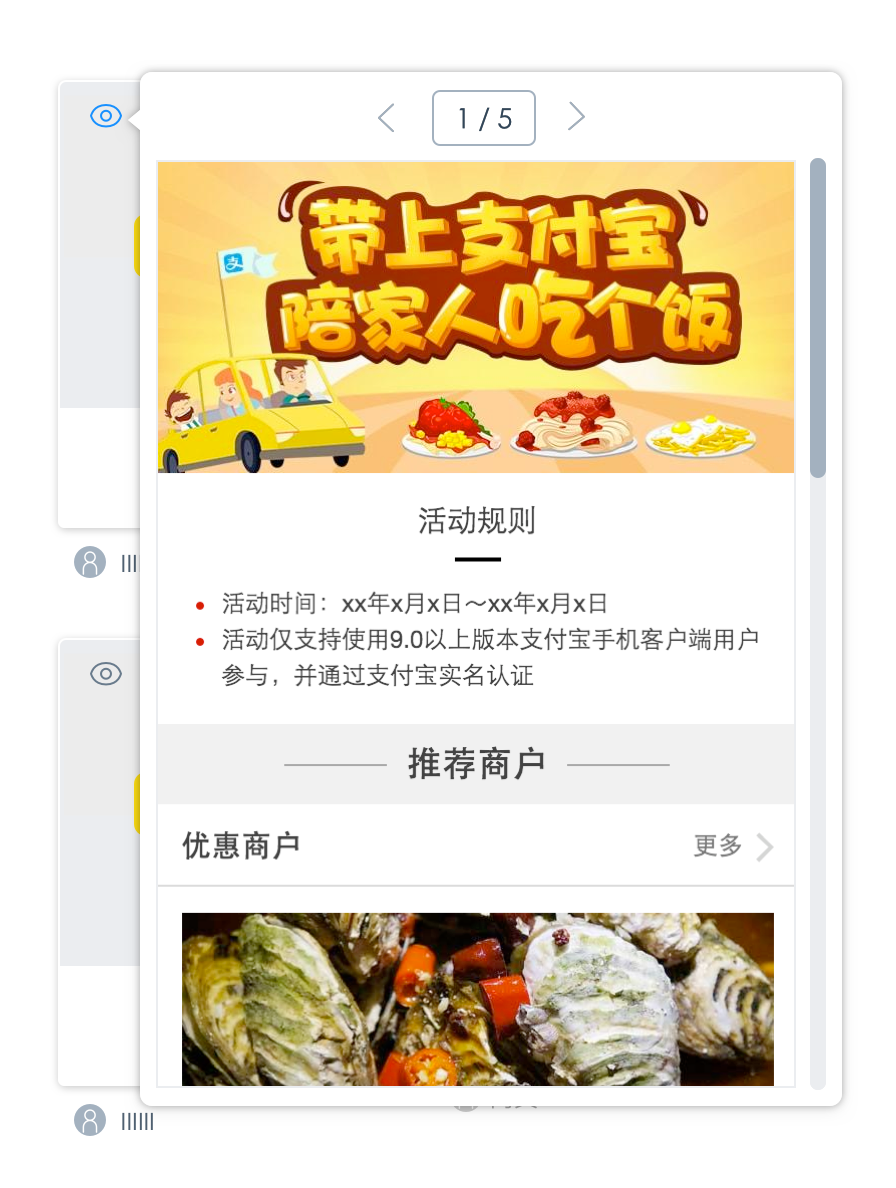 Detail Overlay: Allows an overlay to present additional information when the user clicks or hovers over a link or section of content.

Note that when a mouseover event occurs to trigger the Detail Overlay, 0.5-second delay needs to be added, and when the mouse is out, the overlay needs to be closed immediately. 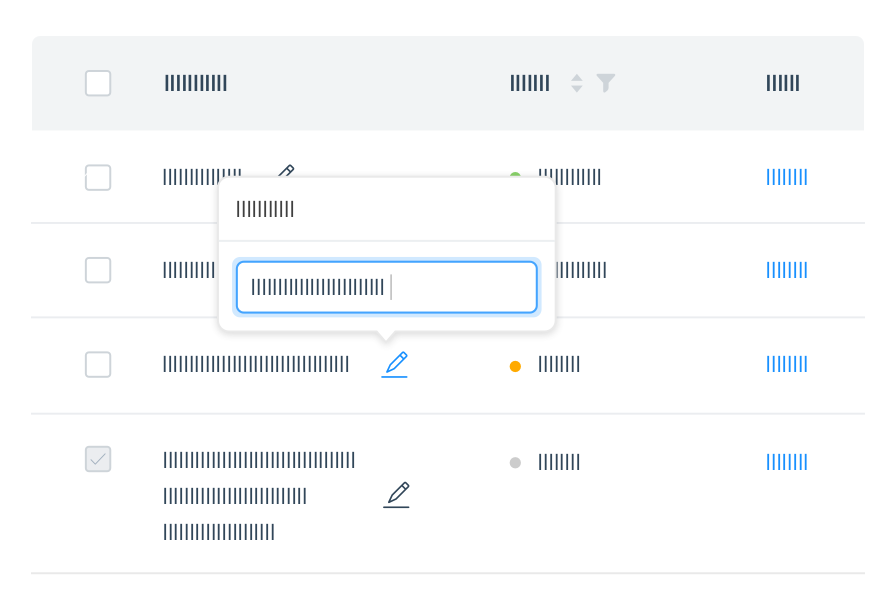 example of Input Overlay
Click the edit icon to trigger the Input Overlay. Click the outside of it to preserve the input and close it.

Input Overlay: Let the user enter small amounts of text on the overlay. 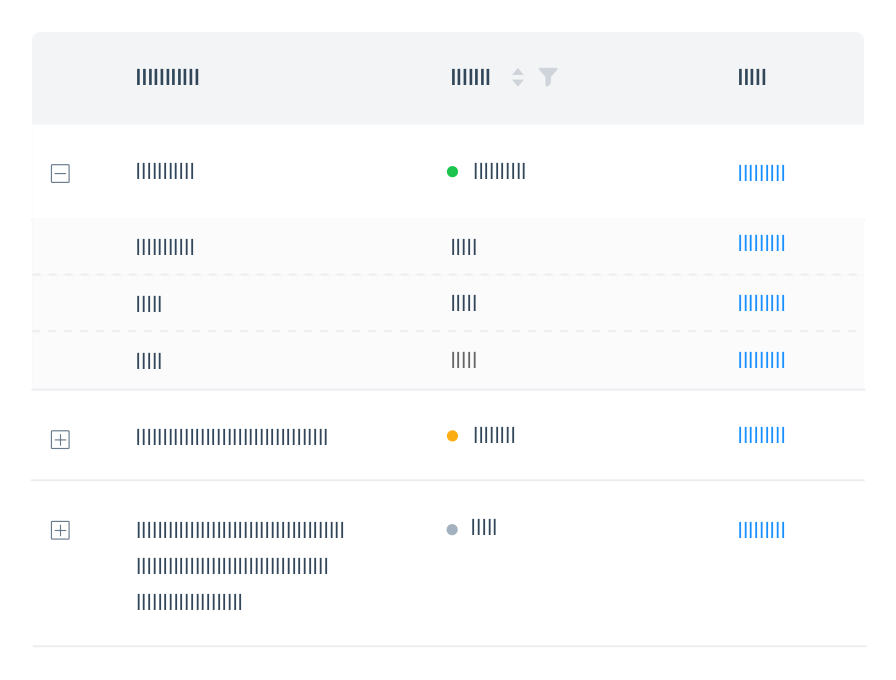 List Inlay: Works as an effective way to hide detail until needed — while at the same time preserving space on the page for high-level overview information. 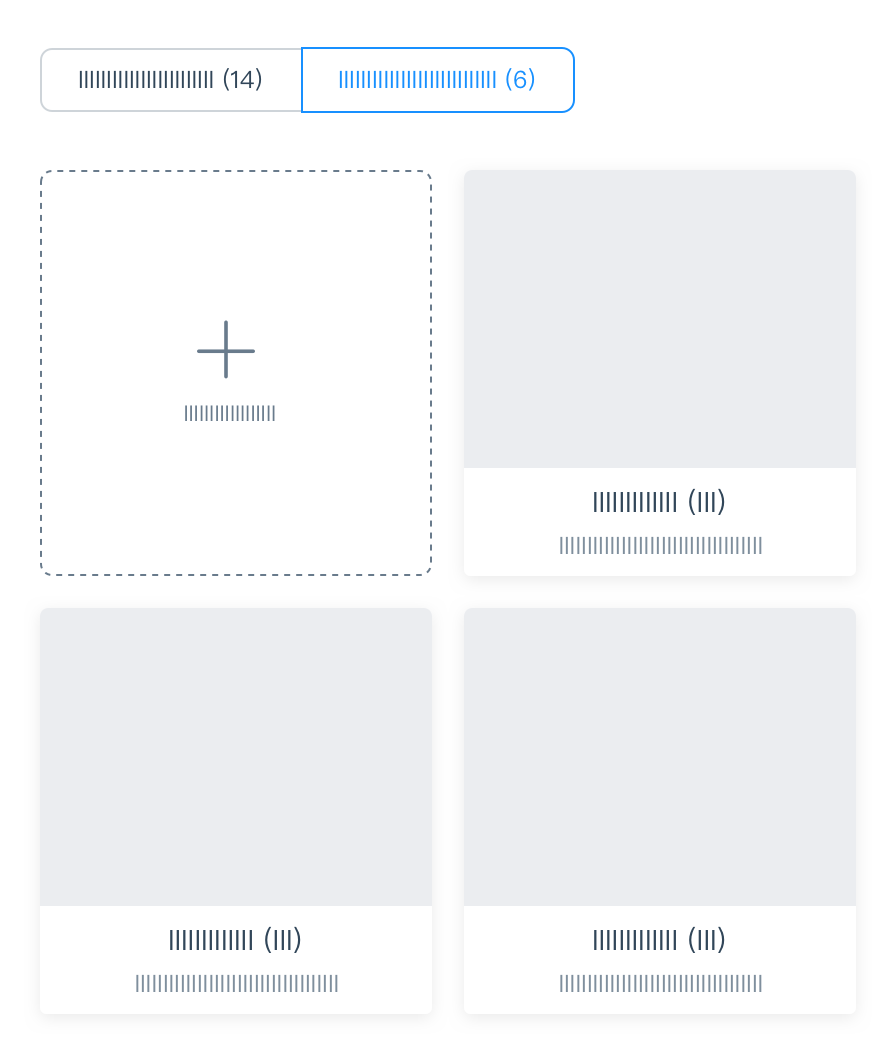 It has long been common practice on the Web to turn each step into a separate page. While this may be the simplest way break down the problem, it may not lead to the best solution. For some Process Flows it makes sense to keep the user on the same page throughout the process. 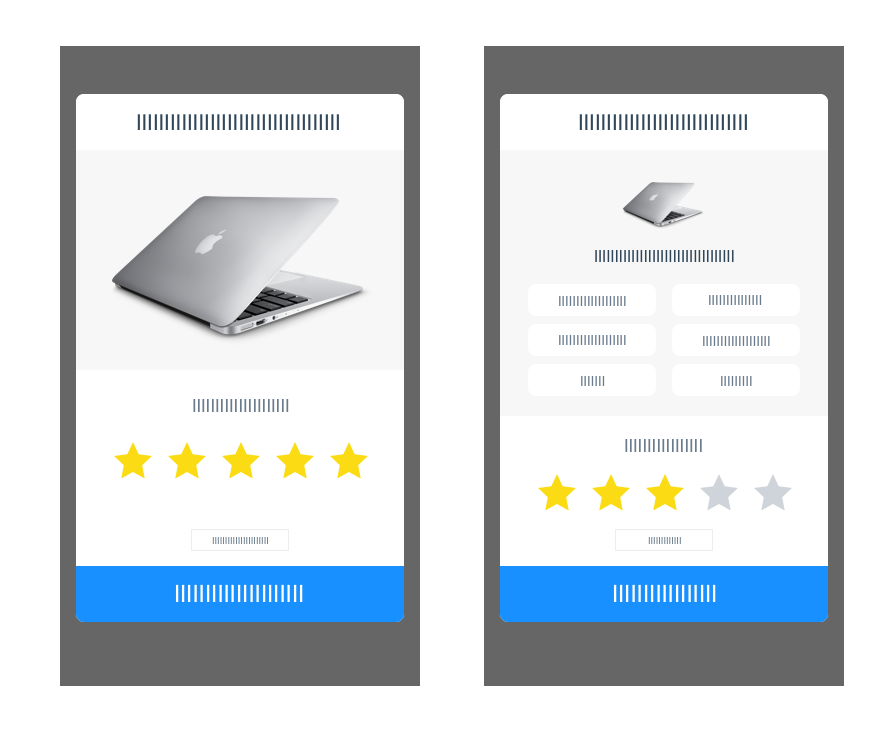 Responsive Disclosure: Make the experience for selecting painless by providing disclosures as quickly as possible, and doing it all in a single-page interface. 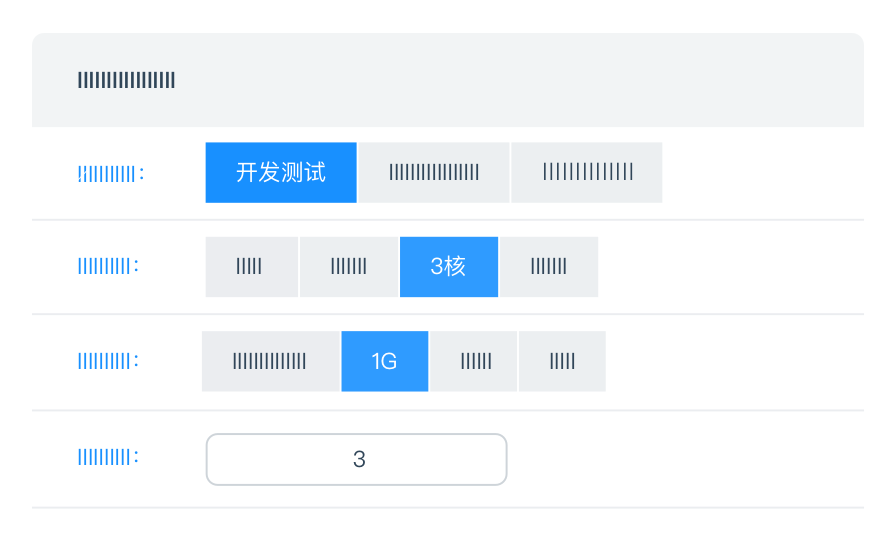 Configurator Process: Provides a configurator that allows users to help them accomplish the task or build their own product. 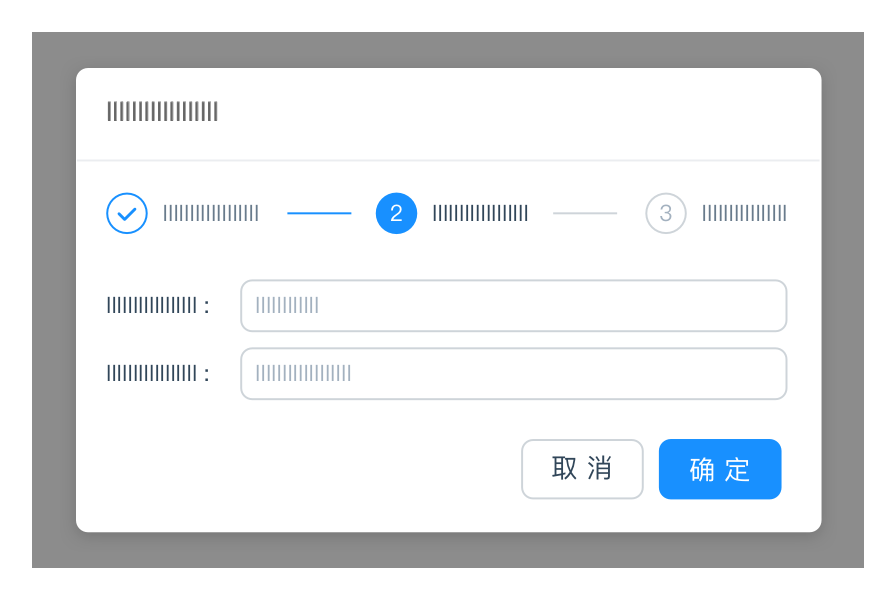 Dialog Overlay Process: Any page switch is an interruption to the user's mental flow. In addition, any context switch is a chance for a user to leave the site. But sometimes the step-by-step flow is necessary.

Make it DirectKeep it Lightweight